What is Normal Blood Sugar? 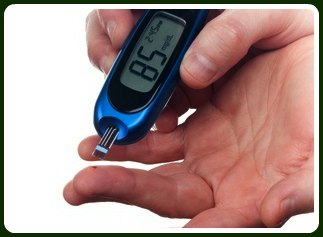 You will have normal blood sugar if your body processes blood glucose efficiently. One of the main fuel sources for the cells in your body is glucose. Glucose is the sugar we refer to as blood sugar. Some glucose is always circulating in your bloodstream so that it can be available to any cell that might need it.

Your brain and your muscles are the biggest consumers of the sugar in your blood. But before most of the cells in your body can use glucose, it must first be transported out of your blood and into the cell that needs it. Insulin is the hormone that makes this happen.

Insulin is crucial to having normal blood sugar because without it, it doesn’t matter how much glucose is circulating in your blood, most of your cells will not be able to use it. This is why a lack of insulin is a huge problem… if the sugar in your blood isn’t taken into your cells, it will build up to dangerously high levels which damages your organs or could cause death.

How Normal Blood Sugar is Measured

Normal blood glucose can be measured a couple of ways.

An A1C test will reflect your average blood sugar level for the past two or three months. A blood sugar test using a glucose meter will tell you what your blood sugar level is currently and can vary widely based on how long it has been since you ate last, among other things. Urine tests for glucose are not as accurate as blood glucose tests and only should be used when blood testing is impossible.

However we believe that the following blood sugar ranges are optimal based on combining information from a variety of sources like the International Diabetes Federation, the American Diabetes Association, and the National Institute for Clinical Excellence (NICE).

But wait, are the above normal blood sugar levels truly optimal??

The above blood sugar levels are those that are recommended by most doctors. However, Professor J.S. Christiansen presented some illuminating research ath the European Association for the Study of Diabetes conference in September 2006 that shows that the normal ranges that most doctors use are really higher than normal.

The study was conducted with the use of a continuous glucose monitoring system (CGMS) which is a small computer attached to a probe. The probe is inserted under the skin where it samples the blood sugar every few minutes for a period lasting from several days to several weeks.

The data collected during the study showed that the median fasting blood glucose concentration for normal subjects remained flat at 80 mg/dL throughout the night.  After a high carbohydrate meal, their blood sugar rose to a median value near 125 mg/dL for a brief period, about 45 minutes after they ate. Then for all but the subjects with the highest readings, blood sugar dropped back down under 100 mg/dL by one hour and fifteen minutes after eating. By one hour and forty five minutes after eating it dropped back down the 85 mg/dL.

Your healthy blood glucose range may vary from what is typically considered normal based on a number of factors:

Should You Check to See If You Have Normal Blood Sugar?

You should be regularly checking your blood sugar if:

In addition to the A1C test mentioned above, some other tests your doctor is likely to perform to determine if you have normal blood sugar are:

A glucose tolerance test involves drinking a prescribed amount of sugar (usually an orange syrup) and then being tested at half hour intervals for two hours to see how effectively your body metabolizes sugar. If after two hours your blood sugar level is under 140 mg/dL (7.8 mmol/L) then you are considered normal. You will be considered to have impaired glucose metabolism if your results are between 141 mg/dL and 200 mg/dL (7.9 mmol/L and 11.1 mmol/L). You will be likely be given a diagnosis of diabetes if your blood glucose remains over 200 mg/dL (11.1 mmol/L) two hours after you drink the sugar solution.

As mentioned before, you can also buy a blood sugar monitor and test your own blood sugar:

For the majority of healthy individuals, normal blood sugar levels are as follows: